Androgenetic alopecia also known as female pattern baldness is a type of hair loss which causes women to lose their hair. It slows down growth phase and makes it longer for new hairs to begin growing. Women who experience female pattern baldness witness thinning, which ultimately affects volume. Women suffering from pattern baldness may observe a widening part, or maybe feel their hair to be less thick than they used to be. There can be several reasons for it but genetics is known to be a major factor in developing female pattern baldness. Also, it usually occurs in later age, but it can begin earlier as well. 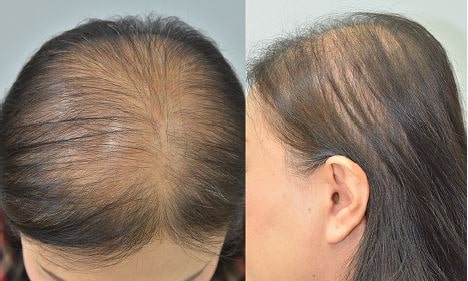 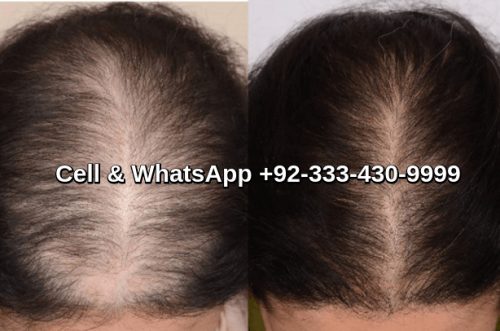 Female hair loss is a common problem due to various reasons. It is important to diagnose properly before any sort of treatment. Dermatologist or specialist takes proper history, examination, laboratory tests and after getting all this information, makes a diagnosis. Medical hair restoration is a first priority where some kind of medicine is prescribed. However some cases do not respond with medicine and then surgical hair transplant is an ultimate solution. 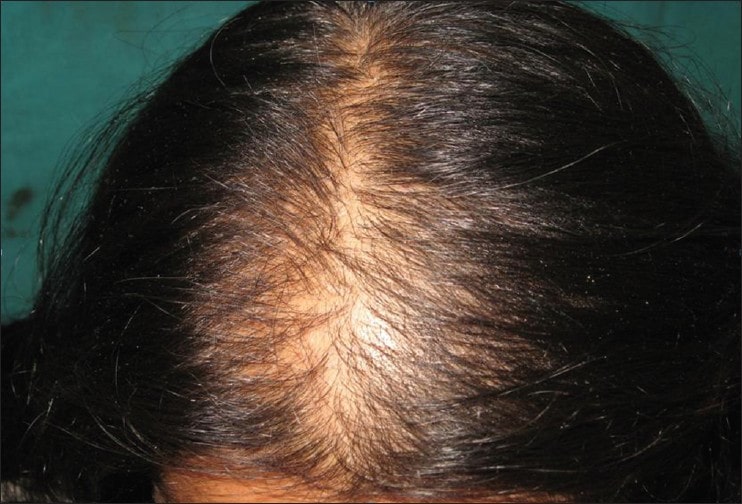 Following are some of the causes of female pattern baldness.

Before moving on to treatments, let’s have a look at prevention options.

Following are some of the treatments practiced by dermatologists throughout the world in order to cure female pattern baldness.

That being said, this medicine has little to no effect on hormonal processes. In addition to that, its benefits are temporary and you may start to lose your hair again, once you stop using it.

Following are some of the side effects one can experience after using minoxidil.

Following are potential side effects caused by finasteride.

It works by removing excess fluid from the body. At the same time, it blocks androgen production, which helps hair to regrow in women. One should have regular blood pressure and electrolyte checkups, since this drug is known to cause disruption in electrolytes body count.

A surgical procedure, which is affordable, patches up follicular bald spots. It involves harvesting follicles from the back of the head and to transplant them to bald areas. The process involves removal of miniscule plugs of skin, which contains a few hairs and implanting them where the follicles are inactive. It is to keep in mind that even though the process does not require hospitalization, the process in itself is painful at times. There are many potential risks involved too such as bleeding, bruises, swelling and various kinds of infections, which the patient must take into account before going for it.

Laser hair regrowth treatment has proven to be quite effective in treating female pattern baldness. It reduces the follicle inflammation that inhibits growth. The process involves the stimulation of epidermal stem cells in the follicle and shifting the follicle back into its growth phase.

Massaging your scalp may increase circulation of blood in the area. This way, you can keep your follicles healthy.

There is a high probability that minor hair fall might be due to clogged pores present on the scalp. Designated medicated shampoos may help you clear the pores from dead skin cells, which ultimately help growing healthy hair.

Is it treatable female pattern baldness in Lahore Pakistan?

Yes, our clinic is treating women hair fall and baldness in Lahore Pakistan.

What is the cost of female pattern baldness treatment in Lahore Pakistan?