Hair transplant guarantee in Lahore Pakistan is provided to the patients who did not have any previous hair restoration surgery procedure. The results are guaranteed more than 90%success rate. If there will be less than 90% results, all failed grafts will be replaced without any additional charges or cost. The hair restoration process comes with doubts and disbeliefs due to multiple reasons. The doubts being what if the investment goes down the drain with no productive results?  And some people tend to think along the lines: I have lost my natural hair and sometimes that is artificially implanted will not last much long so why believe in the cause? After all, if it is not natural, then it might have some adverse side effects as well. All these thoughts cross the mind of a customer that is on her/his way of losing hair or have already lost all of it.

As discussed in the previous articles as well, hair transplants are of two types mainly and both of them are quite useful and yield long time results.  Now let us rewind and take a look at the basics of this treatment. During this outpatient procedure, micro grafting technique is utilized in which the healthy hair follicles or parts of the scalp where there is denser growth are shifted to those areas that are bald or have “bald patches”. Based on the patient’s treatment record all around the world, the hair transplants are considered to be successful 98% of the time as well as regarded as long lasting. However, it takes about more than the duration of six to eight months to see visible and observable changes in hair growth and the ultimate complete results can only be seen after a period of one year. Since, a natural part (hair follicles from your very own scalp) has been operated upon and auto grafting has been done, many cosmetic surgeons are of the view that it is a natural solution to a natural problem.

Hair transplantation techniques have been improved immensely over the period of time and much advancement has been made over the past ten years. The procedure does involve multiple sittings sometimes, as well as a proper post transplantation recovery time duration and care but it is worth the cost and the shot.

Furthermore, when one sees the results of the different techniques it has been seen that it is much normal to lose hair in the initial three months after the procedure has been performed. Healing itself may take about more than eight months to about a year. It is only after the healing has been attained that the new follicles start generating hair properly and new growth is sustained.

Since, the procedure of making use of a natural thing to make up for the hair loss, each natural thing has a certain time limit to it. So, even if hair transplants are generally regarded as life- time they still have a limit attached to them due to the age factor for the hair follicles are simply hair cells and each cell has a Hay flick limit which means that it will divide up to a certain time period and then it will just stop and start wearing out with less hair production and ultimately die.

Now looking deeper to the query of whether one hair transplant is sufficient or not. So, it all depends on the cosmetic surgeon, whether he sees it fit or not. What really happens is that if the density of the hair is not increasing, more grafting is done in order to give the patient’s hair a healthy look which fills up the entire scalp. Also, the state of the scalp is kept under notice for problems of bleeding, itching and swelling are always going to be there which make the skin of the scalp vulnerable to infections. So it also depends on the consent of the patient whether he is satisfied with the results or not or is he keen on getting a look done and might want to go on a prolonged and regular hair restoration process.

Other than this, multiple sessions might also be required as the male pattern hair loss is still not stopped by all these transplant procedures. So if you had a small area grafted before, you might need some other area to be grafted later on. Some people are also desirous of splitting the cost and that is why multiple sittings are done. Last but not the least, a little bit of method is carried out also so that so that the scars left behind by the FUT or FUE procedure can be masked properly.

Although it is quite rare but sometimes the technique produces no results and there are a few possible reasons for that:

In which the scalp is badly affected by any microbes and causes much damage to the skin. This is mainly due to carelessness or ignorance towards not applying ointments prescribed by the doctor.

Sometimes people are fooled by the expertise of the doctor or surgeon and end up being in a loss of investing money and returning empty handed later on.

3)      Not being ideal for the hair transplant

Initial testing is must before undergoing the treatment, sometimes there is a conflict when it comes to finding an appropriate match or maybe some other scalp condition that might lead to a failure or become a leading reason for not performing the method altogether. 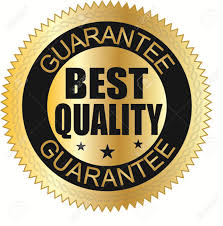 Which clinic is offering hair transplant guarantee in Lahore Pakistan?

Our clinic is providing guarantee for the number of grafts and its results in Lahore Pakistan. If there is failure or no results, all grafts will be replaced free of cost.

How to get an appointment from the clinic providing hair transplant guaranteed results in Lahore Pakistan?